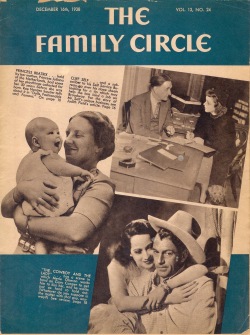 SITUATION – A fictionized account of the life and loves of Johann Strauss II, the great composer of waltzes.

COMMENT – This picture is a combination of the operetta which played on Broadway three seasons ago and of an original story about Strauss by Gottfried Reinhardt.  And it is a grand picture – up to a point.  If you are a lover of the Strauss melodies, you’ll get full satisfaction from this film, as it covers a wide range of the maestro’s music, including “Artist’s Life,” “Tales from the Vienna Woods,” “I’m in Love with Vienna,” “The Blue Danube,” and selections from his opera “Die Fledermaus.”

The treatment of the story is a somewhat peculiar one, being a mixture of operetta style and straight narrative.  But it does add up to real entertainment.  As Johann Strauss, Fernand Gravet is entirely acceptable, and Luise Rainer gives a good performance as his wife, whom he neglects temporarily for opera star Miliza Korjus, here introduced by MGM after two years of preparation for presenting her to American audiences.  Miss Korjus has a fine singing voice and she is completely captivating at times, but I’m reserving predictions as to her popularity on the American screen.  She has certain handicaps which I shall leave it to you to discern.

By far the most delightful, the most enthralling sequence in the picture, to me, is the Vienna Woods sequence, in which Mr. Gravet and Miss Korjus are fleeing from arrest after a revolutionary parade by “radicals,” who were led by Mr. Gravet.  In this woods sequence, Gravet composes “Tales from the Vienna Woods” while jogging along in a carriage.  He gets the melody from every conceivable source – from the birds, from the shepherd’s horns, from the driver’s improvisations on a harmonica.  And the following dance scenes between Mr. Gravet and Miss Korjus are beautiful and exciting.

But, when finally we come to the story of the composition of “The Blue Danube,” the most famous of all Strauss waltzes, the producers have elected to tell it quickly.  Perhaps they believed that a repitition of the woods technique would fall flat, or that the picture was running too long.  But whatever the reason, it is a decided letdown.  As it stands, they have placed the highlight, the musical climax, midway in the picture – which is, I think you’ll grant, odd construction.

OPINION – If you like Strauss’s music, don’t miss this film.