Luise Rainer was born into a well-to-do Dusseldorf family on 12th January 1910. Specific dates for most events in this time are not known, but it was during these formative years that Luise discovered her artistic and creative leanings. Her upbringing was comfortable, although her father was often away on business, she spent time listening to her mother’s piano playing and  buried her head in reading poetry and play-acting. She was a heartfelt and passionate teenager searching for an outlet for her emotions. Notable highlights of these years were her professional stage debut at the Dusseldorfer Schausspielhaus’ School of Stage Art and her initial conflict with her father over the direction she wished to take. The list is in chronological order and includes key dates in Luise’s life and career. As specific dates are hard to find for this early period of her life please take the years as a guide only.

: Living with grandparents while her parents are travelling
: At some point between 1921 and 1924 Luise is enrolled at a Jewish children’s home on the island of Wyk-auf-Fohr

: Attends dance classes under the tutelage of Mary Wigman

: Auditioned for the Russian-Jewish Habimah Players, to tour central Europe.  Her father forbade her to join.
: Spotted by Max Reinhardt; joined his company to tour Europe in the classics 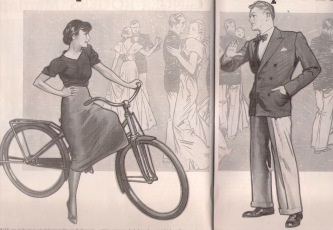 A teenage Luise imagined for a story in Photoplay magazine, 1936.