When we look back through the history of the Academy Awards, 2016 will be remembered as the year of the backlash against racial inequality and stereotyping that has been growing for years, even decades. For the second year running there are no non-white actors nominated for an award in an industry where black players are omnipresent on screen but under-represented not only at awards shows but also in mainstream media coverage of the cinema. In this week’s UK Box Office chart three out of the top five films have a black leading actor – Ride Along 2, Star Wars: The Force Awakens and Creed – hardly a minority.

The Academy President, Cheryl Boone Isaacs (right), has responded to criticism by announcing an overhaul of Academy membership to better represent the diversity of the business. The Academy members are majority white males over the age of 50 and it might seem like an obvious solution to mix this up a little (or a lot). There’s certainly a need for the voters to better reflect the industry and the population as a whole, but this decision seems like a knee-jerk reaction to some high profile outrage from Spike Lee and Jada Pinkett-Smith, amongst others, and from Isaacs’ own ‘heartbreak and frustration’. The idea that ‘more black people will vote for more black people’ seems wrong-footed at best and almost racist in itself, at worst. It worries me that the Academy’s approach will lead to issues of credibility for black nominees whose nominations will be viewed by some as a result of a rule change and box-ticking.

This week the actor (and Academy member) Stephen Furst spelled out his frustration with the new rules, labelling them both sexist and ageist by suggesting that ‘old white men’ wouldn’t use their vote without prejudice. I tend to agree with him and would much rather the Academy concentrated on getting their voting members to actually watch the films – it’s widely known that many don’t view the screening DVDs which are sent to them, and in some cases they even cast votes for films or actors they haven’t watched. This would seem to me to be the crux of the problem. By all means expand and diversify the membership, but those who don’t engage with the process shouldn’t be part of it in the first place, regardless of age, gender or race. Get rid of them and then you can really make an attempt to build a membership representative of the diversity of cinema. 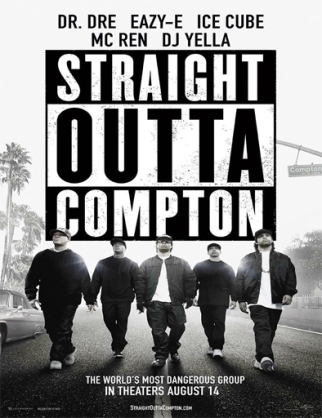 I fear that the Academy has taken on an unwinnable battle, and one which is not of their making. Whilst there have been a handful of high-profile films with non-white performers this year, I don’t believe there have been sufficient to merit nominations. For me, there were only two surprise omissions: Straight Outta Compton, one of the best films of 2015, unbelievably missed out on a Best Picture nomination which probably has more to do with the age of the voters rather than the race. It also suffers from a great ensemble cast which may have split the voting for one particular actor and it is an awkward, but coincidental, shame that only the (white) writers made it to the nominations sheet. I’d also expected to see Idris Elba receive a nod for Best Actor in Beasts of No Nation, but my opinion here is only based on what I’d read – I haven’t seen the film, and I don’t think many of the voting members had either, hence no nomination. Michael B. Jordan in Creed (he was much, much better in Fruitvale Station, which on the whole is a better film and should’ve been nominated last year) didn’t do enough to convince me it was an Oscar-worthy performance (and neither did Stallone, to be honest), and Samuel L. Jackson was never going to get an Oscar nod for playing Samuel L. Jackson again, no matter how many times he says the ‘n’ word.

The real problem is the lack of diversity in the roles offered to minority actors? Not just black actors but Hispanic, Asian, hell, even Inuit actors… it’s unacceptable that the ‘everyman’ roles still go to Will Smith (and to a lesser extent these days, Denzel Washington) and that award-worthy roles for black actors still tend to be those embedded in Hollywood’s skewed version of ‘black history’ and culture. It’s surprising that more black actors haven’t been nominated given the Academy’s penchant for the oppressed, the struggle and the battle over adversity considering the pigeon-holing that goes on in casting offices.

It was exactly 79 years ago today that The Good Earth premiered and led to Luise Rainer’s second Oscar win for Best Actress, playing a Chinese woman in yellow face (although she did refuse most of the make-up effects and insisted on the minimum, preferring to ‘act’ – now there’s an idea!) Three years later Hattie McDaniel became the first African American Oscar winner for her role as ‘Mammy’ in Gone With The Wind (1939), sitting at a segregated table during the ceremony. Both were worthy winners but times have changed, maybe not so much as we might think: yellowface performances were still being given Oscars as recently as 1983 when Linda Hunt won for her astonishing turn as Billy Kwan in The Year of Living Dangerously (1982) and Joseph Fiennes has been cast to play Michael Jackson… although any black actor hoping for that part would have to do it in whiteface make-up anyway.

For my part I’d like to have seen some representation in this year’s awards season for Regina Casé (actor) and Anna Muylaert (director) for The Second Mother (2015), for Benicio del Toro in Sicario (2015) and DooNa Bae in A Girl at My Door (2014). But what I know, and what Oscars boycotters appear not to, is that the Oscars don’t represent world cinema, they don’t even represent American cinema, they represent Hollywood cinema. If only they weren’t so damn influential we could just let them get on with it.

One day I genuinely hope that there’ll be a bunch of great actors and actresses in the Lead and Supporting categories that aren’t all the same colour, maybe they don’t even all speak the same language, but they all gave great, award-worthy performances. That’s why they will be there, not because their friends stuck a vote in for them, or they’re filling a quota but because they deserve to be.