Known as the Viennese Teardrop for her heartbreaking performances in The Great Ziegfeld and The Good Earth, among other films, the two-time Academy Award-winning actress reigned as one of Hollywood’s greatest leading ladies during its golden age. Now, 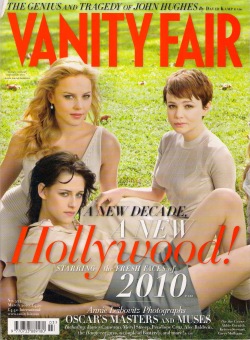 on the occasion of her 100th birthday, she reflects on love, mountain climbing, and her career

What is your idea of perfect happiness?
First of all, to be in love. The second way of being very happy is to be able to get the best out of yourself, whatever it is.

What or who is the greatest love of your life?
One can be more than once in love – that’s the most important thing. The great loves of my life are my husband of 45 years, my daughter, and my first husband. These were my three great loves, but I’ve had other ones in between. They might not have been as great, but how can you weigh love? You cannot put it on a scale.

What is the quality you most like in a man?
To strive to get the best out of himself.

What is the quality you most like in a woman?
An inner and outer elegance.

Which  living person do you most admire?
Mandela. Also, artists and painters. I admire people who are creative.

What is your greatest extravagance?
Mountain climbing.

When and where were you happiest?
In the mountains, climbing into beautiful places – anything that has to do with nature. I feel best in nature or near nature. And I was most happy, of course, when I was with my husband and we were in beautiful landscapes.

On what occasion do you lie? 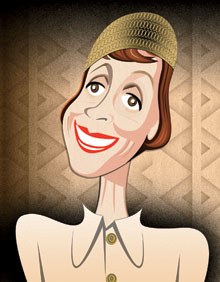 I lie sometimes to cover up whatever it is that needs to be covered up. I do not want to sound grandiose, but I sometimes feel I want to agree to make the questioner happy. But not often.

What is your greatest fear?
To be abandoned.

What is the trait you most deplore in yourself?
My inferiority complex.

What is the trait you most deplore in others?
To be dishonest. Sometimes people have to be dishonest in order not to hurt, but if someone is basically dishonest, that is a different matter.

If you could change one thing about yourself what would it be?
To know yourself is very difficult, and I cannot answer questions like this. I am not on an analyst’s sofa!

Which historical figure do you most identify with?
One of the many I admire is [19th-century female French novelist] George Sand.

What do you consider your greatest achievement?
I could say such and such a film or something, but I can also say that it has been to overcome situations that would make me unhappy. Or to have the important things in life. To have the value of not losing perspective, and keeping a sense of humour.